Best of Success Seminar: Roofing Contractors of the Year 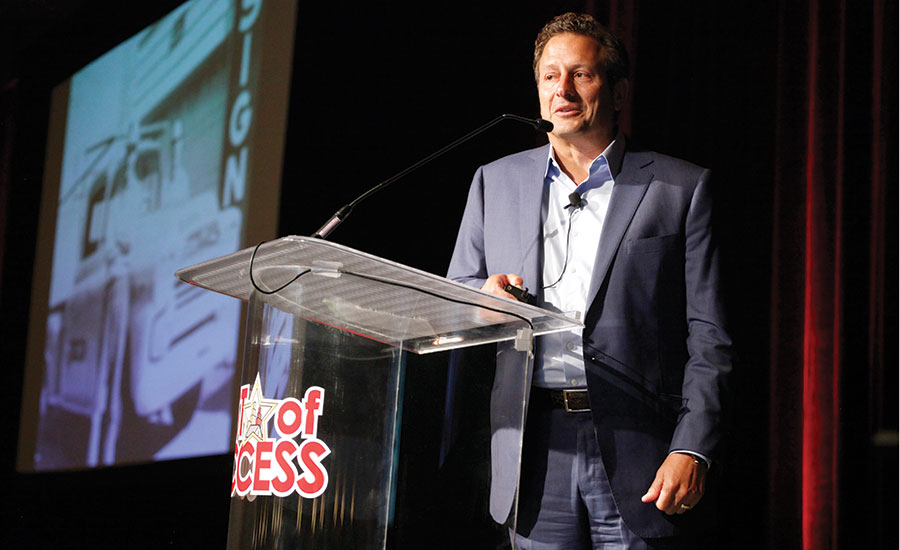 It’s not often than you can get the annual Roofing Contractors of the Year together in the same room at the same time, much less present their keys to success to a captivated audience of peers. But that’s exactly what attendees at the 2015 Best of Success seminar in Phoenix got.

Scalo started his presentation by recapping his company’s 60-year history and how he spent most of the last three decades growing it into one of the most formidable commercial roofing companies in the mid-Atlantic and Midwest. He encouraged other roofing contractors to discover and share their company’s history as a way to differentiate from the competition and solidify their place in their respective markets.

“Identify your company’s story, whatever it is, and be passionate about it,” he said. “I live, sleep and breathe my business, probably like most of you. It’s not what I do, it’s who I am.”

He also said consistently implementing the right mindset with the right employees from the executive suite to the jobsite and warehouse is critically important for growth.

“This is a business you can get into very quickly, but this is not a business where you can grow very quickly,” he explained. “You are so dependent on people and when you don’t have the right people it won’t work, even if your product is great.”

To help develop his team, Scalo said he remains heavily involved in several aspects of the business and makes sure employees are challenged via his philosophy that he’s “often pleased but never satisfied.”

Growth comes with additional challenges, but Scalo said innovation and embracing change is another key to his company’s success. Burns & Scalo has invested millions of dollars into technology over the years — including the roof of its Pittsburgh headquarters. The part-EPDM, part-TPO system features five different solar technologies, four types of vegetation, and dozens of sensors that measure temperature, moisture levels and weather conditions in real time. The company also recently partnered with FCS to develop MasterKey™ — a Cloud-based roof management system that provides unique, centralized data to customers and completely eliminated paper from field operations.

Despite some typical ‘growing pains,’ the moves helped the company’s bottom line, according to Scalo.

“Paper in the field doesn’t work,” he explained. “It gets lost, it gets wet, it winds up on the ground or the back of truck and blows away. We ran parallel with paper and digital technology for about a month, and said ‘Guess what? We’re going to cut the umbilical cord.’”

Tim Leeper is also a big advocate of technology and leveraging it to maximize opportunities with customers. Just in a different way.

Leeper, 39, has placed a big emphasis on using social media platforms like Facebook and YouTube to generate leads and build name recognition in the communities his company has served in the greater Nashville area for 11 years. His company’s Facebook page is a collection of personal, professional and sometimes inspirational messages geared at reaching the company’s target audience. Guerrilla marketing techniques have paid off in not only generating clients today, but he strongly believes the regular engagement will help keep his name at the top of people’s minds if they eventually have a roofing need in the future.

It’s part of Leeper’s overarching philosophy that thinking ‘outside the box’ can be a healthy and lucrative exercise for your business. Always a proponent of continued development, coaching and self-improvement, Leeper took it to a new level for his entire team last year by hiring experts from the Nashville-based Southwestern Consulting firm to evaluate his roofing business.

“I always read books, went to seminars, talked to people at networking groups,” he said.

Southwestern conducted in-depth interviews with employees, went on ride-alongs, performed one-on-one evaluations and studied the operation from top to bottom.

“One of the things we learned was where the holes were,” he described. “We recognized inefficiencies, we recognized process issues that we didn’t see before. Sometimes as owners, we’re right in the middle of the forest and all we see are trees. And sometimes you need that person with the 30,000-foot view.”

Leeper said he still meets with a coach and passes along the takeaways to his team during monthly sessions. In the year since he implemented the training, Leeper said revenues were on track to increase by nearly 20 percent.

“We would not have been able to do that without (the training),” he said. “The fact that we were able to move the ball that far down the field … shows the team we have, the success of our consultants, and putting the plan in place.”

He encouraged attendees to read books by noted financial author and radio host Dave Ramsey, and “The Noticer” by Andy Andrews.